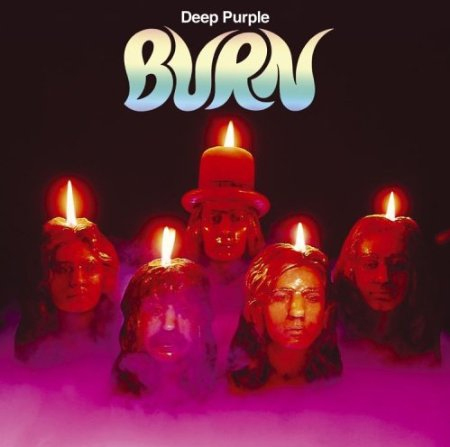 Saturday 8th February, 2014, I find myself helping out an old friend, subbing for his band’s regular drummer (a lovely bloke) who has been rendered out of service thanks to a painful attack of Gout. Well, I wasn’t doing anything else seeing as it was early February, a period in the gigging musician’s calendar synonymous with the lingering days of the post-Christmas lull.

Little did I know, this was going to be the hardest gig I’ve done for a very long time, along with being a massive wake-up call, warning me to not get too complacent with music.

My friend’s band, ‘Exiles’ as they’re known, are a 3-piece specialising in a playlist of old Rock songs that would have all been featured by the late, great, Radio City DJ, Phil Easton on his early 80’s ‘Great Easton Express’ radio show. Broadcast on school nights, I would be glued to the radio whilst doing my homework, barely a teenager and dreaming about being the drummer for the bands he was playing. This was an era of post-Deep Purple offshoot bands, a time when Heavy Rock was spawning a new breed of exciting groups, fusing the sounds of Punk and Metal into what would be dubbed by the music journalists of the time, as the New Wave Of British Heavy Metal or NWOBHM for short. Phil Easton played all the up and coming bands along with the best of the old school brigade, providing his listeners with a wide gamut of styles within the Classic Rock umbrella. To sum him up in modern terms, he was in spirit, the surrogate Father to Jack Black’s character in ‘School Of Rock’.

As an over-eager newbie drummer, my day-dreams took me to a future when I too, would be as good as the guys on the radio, especially the likes of Ian Paice and Clive Burr, both documented elsewhere on this site as being amongst my earliest drumming heroes.

Fast-forward to 2014, faced with a last-minute set-list of songs with artists such as Thin Lizzy, Frankie Miller, Deep Purple, The Who, Cream, Rainbow, Styx, Montrose, Black Sabbath, Pat Travers, Free, Led Zeppelin, The Tubes and the ubiquitous AC/DC, this was clearly going to be a nostalgic trip down memory lane. It also turned out to be one of the biggest tests yet, of my ability to actually play the drums…

With next to no time to gather and learn the songs, I faced a rehearsal two days before the gig, not as well prepared as I’d liked to have been considering the standards I used to maintain back in my pro days. Things went ok, we rehearsed most of the stuff with a few omissions that probably wouldn’t get called upon. Amongst the unrehearsed included what I deemed to be my Nemesis in the bunch, Deep Purple’s ‘Burn’.

The title track of their 1974 album ‘Burn’, sees Ian Paice performing like a Dragster with a Nitrous Oxide injection, interspersing barrages of Snare drum rolls straight out of the Buddy Rich/Chick Webb school of drum fills, within a song structure constructed from a myriad of verses, chorus’, middle 8’s, stops and accents.  For me, this was going to be a 6 minute burnout (excuse the pun) of high-pressure worry.

As a kid, I would listen to this and wonder if I’d ever be good enough as Ian Paice to play it, in my fantasy future as a Rock star drummer. 30+ years later and I have the know-how and technical skills to do it, but the engine’s been stuck in a 7 year laid-back groove thang; a bit worrying, to say the least.

Just for laughs, I had a go at playing through ‘Burn’ on my home practice kit, no crib sheets or notes, just as a taster to see how the condemned man might feel. The result? It was clear I needed to do some serious homework.

Although I love playing in my regular long-term band, there’s something to be said for keeping a bit of variety in your musical life. It’s nice to be able to play all those New Orleans Funk beats and fancy shuffles, but that doesn’t really help when you need to call on the old Rock skills from the past – or should I say, the old Big Band era drumming skills, learned in the practice room and yet to be used in anger. Even just contemplating playing this song would expose me to a whole world of doubt, questioning if I could actually play what I aspired to as a kid. The horrific truth was to be found within a very simple adage; do one thing all the time and you get stuck in a rut.

Having made crib-sheets for the songs we had covered in rehearsal, I decided to make one for ‘Burn’, barely fitting onto one side of A4 paper, thanks to its multiple-structure making up 6 minutes and 18 seconds of apprehensive challenge. With only hours to go, I decided to play through the song two more times as part of my final pre-gig rehearsal, just in case. Despite miniscule improvements, my knowledge of the piece was still way, way off any standard I’d like to debut in a public baptism of fire.

Nerves in check, armed with my crib-sheets, music stand and a pair of glasses that didn’t really want to stay on my nose, the first set of the gig went pretty well. My homework with the majority of the songs had paid off; not ideal, but still an acceptable compromise between pleasure and pressure. Under such situations my instinct is to play it very, very safe and stay within my comfort zone (a luxury I only treat myself to when I know songs inside out). The regret always is, you know if you had another three gigs to get it ‘right’, you would be sitting back with an air of confidence instead of treading through a minefield of nerves and intense concentration. But whatever, the guys seemed impressed and most importantly, comfortable that I would get them through the night.

The unexpected adrenalin rush came after the first song of the second set. We hadn’t rehearsed ‘White Punks On Dope’ and I only had some half-scribbled down notes, but it still wasn’t enough to avoid a potential train wreck. The forfeit option for failing to learn the Tubes classic carried a heavy sentence, to be executed over the next 6 minutes. Yes, you guessed right, it was time for me to burn…

The shock and fear obviously hadn’t translated to my face, as a somewhat reluctant but obliging “yes” fell out of my mouth into a hungry stage floor, like predator in a dark pit, waiting to consume its next foolish victim; and then it started – a tad faster than the original – but I knew I could take it down to the correct BPM. Struggling my way through the opening verse sections, it was all a bit scrappy for the first 2 minutes; but once confidence had caught up with fear, the final result was by no means perfect though quite passable, leaving me in a mentally exhausted state of shock.

Did I just actually get through that song? My disbelief at having actually pulled it off had drained me of all mental-energy reserves, reducing me to the state of a spent athlete who had just won an unwinnable race, desperately in need of a cooling down period.

But there was to be no rest; not even a chance to wind down with a less demanding song that would provide the necessary breather to recompose myself and let the miracle that had just occurred sink in. No, we were going straight into the Zeppelin medley.

As stated elsewhere on this website, I love John Bonham and Led Zeppelin, so the chance of playing ‘Rock And Roll’, ‘Black Dog’ and ‘Whole Lotta Love’ back-to-back is a rare treat, leaving me dreaming of a day that some elusive Zep tribute band will come calling for my services. Unfortunately, still wound-up from the previous marathon, my mental-energies remained drained, leaving me drawing from the dregs of my cerebral fuel-tank. This was a huge dampener to my fire, a cruel blow before what should have been the personal highlight of the gig. Still shaking with residual nerves, I managed to play all the notes in what appeared to be in the right places, whilst remaining in a subdued state of disconnection from the passing moment. The painful truth was, I simply wasn’t calmed down enough to return to the focussed mindset of ‘performance mode’; I’d peaked too soon, having given my all to one song in a display of premature, musical ejaculation.

The rest of the gig was spent regaining my background composure, knowing that the worst possible scenarios were out of the way and nothing else above my comfort zone would be thrown at me. My immediate post-gig reflections were that I had reconnected with part of my primeval drumming past, gradually lost within the smog of passing years, but now rediscovered. The uneasy question of “what now?” started to poke at me like the feet of a fidgety child from a row behind in the cinema, as I stripped down my gear, seeking possible answers to this new, musical crisis.

The problem is, there’s a huge part of me that loved revisiting the schoolboy Rock I grew up listening to, finally proving to myself I could actually play it. More alarmingly, the lust for playing it some more hasn’t gone away. Yes, it’s full of clichés but on the other hand, lots of people still like and continue to connect to it, making it a marketable form of music to play. Despite upsetting my apple cart, the whole experience has been hugely positive, forcing a re-evaluation of my currently singular, musical pursuits. No, I don’t want to stop playing funky-souly-jazzy-bluesy music; but I don’t want to leave my early Rock roots behind at that one gig either.

There’s a whole genre of music from my past that I could be out there playing in addition to the limited activities on the ‘specialist’ music circuit. Perhaps it’s time to sniff about for a sideline pursuit?

And what of the dangerously difficult ‘Burn’? Will I be adding it to my regular regime of groove tracks to play along to? You betcha life on it!

Ian Paice, once again, as in my youthful, dreamy drumming days, I tip my (virtual) hat to you.

If anybody wants to see how ‘Burn’ should be played, check this guy out. He really nails it like I wished I could have done!